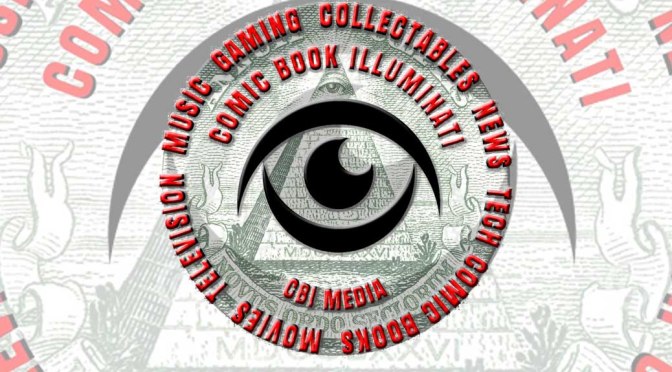 This article is brought to you by The Secret Society of the Comic Book Illuminati Facebook Group and the entire CBI Network. Join the Conspiracy!

I see dots; I connect dots. This is A Conspiracy!

While I was a bit hesitant to buy into the conspiracy that Marvel Comics was doing away with a lot of the Fantastic Four and X-Men comics, promotion, merch, and pretty much anything else with a 4 or an X on it because of issues with movie licensing, the latest batch of news has pushed me over the edge, and I am now a believer. I guess it makes sense from a financial standpoint (although I still can’t get the numbers to add up) but, numbers aside, it seems like a pretty mean thing to do to us, the fans and readers. But, when I dug a little deeper into Marvel’s Movie history, the timeline shows just how cutthroat Marvel has been with cross-promotion in film.

END_OF_DOCUMENT_TOKEN_TO_BE_REPLACED

Check out this weeks episode of our weekly roundtable podcast: Geeks of the Square Table! END_OF_DOCUMENT_TOKEN_TO_BE_REPLACED

Check out this weeks episode of our weekly roundtable podcast: Geeks of the Square Table!  END_OF_DOCUMENT_TOKEN_TO_BE_REPLACED

Check out this weeks episode of our weekly roundtable podcast: Geeks of the Square Table!  END_OF_DOCUMENT_TOKEN_TO_BE_REPLACED 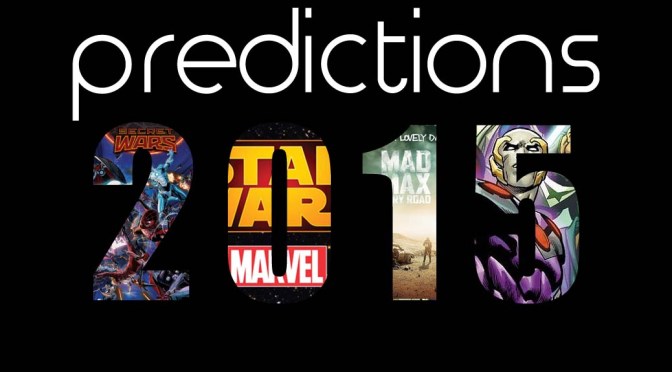 For the most part, prediction articles like these have become more of a series of vague, ‘big-bullseye’ statements that can be easily supported no matter what happens, or, worse, sure things that couldn’t possibly go in any other direction, than anything coming close to a true prediction. Predictions should be risky. So, I’m going to try to stare a bit harder into my crystal ball, go way out on the limb, and get some big-time prognostication going on. And 2015 is full of so much awesome that there’s a lot of stuff to cover, and plenty of predictions to make. I’m only going to cover comic books and comic book films in this article, but I may get into other 2015 predictions later.

END_OF_DOCUMENT_TOKEN_TO_BE_REPLACED

With the recent slew of announcements coming from Disney’s stock, I saw some dots, connected some dots, and have decided that Toy Story 4 could be bigger than any of us geeks care to admit.

END_OF_DOCUMENT_TOKEN_TO_BE_REPLACED

Marvel has been throwing down some interesting teasers recently, that (coincidentally?) followed the just-a-bit-more than the teaser announcement for the publisher’s Secret Wars 2015 event. While the news is all still a bit…mysterious, I have some theories based on what we know about what’s currently going on, what little has already been announced, and some very convenient timing.

END_OF_DOCUMENT_TOKEN_TO_BE_REPLACED

JulesTrue with a long overdue post, because it’s certainly time I join the true ranks over here at OG and put my ten cents in for a rant.

Recently, Marvel has upped the price tag on certain books, while paradigm shifting lots of teams, and even killing a couple of characters here and there. I’m sure by now everyone has seen the whole Avengers Now picture from Entertainment Weekly. Of course the whole community is in an uproar about all sorts of changes coming out of the House of Ideas. Lots of theories about what the folks at Marvel have planned next for its readers. Lots of questions being asked about what are their goals, who dies next, whats the next event, who’s joining what team, and how much is this all gonna cost?

END_OF_DOCUMENT_TOKEN_TO_BE_REPLACED

News came out of NYCC this weekend about the new Marvel weekly title Wolverines. This small tidbit of news may not sound too important, but it’s a huge deal, for a lot of reasons.

END_OF_DOCUMENT_TOKEN_TO_BE_REPLACED

I’ve been prattling on about Marvel comic and reboots for years and writing about it prolifically since this site’s inception, up to earlier this year, and even earlier this week, but Marvel just keeps on adding layers to the reboot rumor cake, and I really love cake! The recent news is quite compelling, feeding the rumor mill to gluttonous proportions, but I still don’t think we’re going to see a hard reboot of the Marvel Universe.