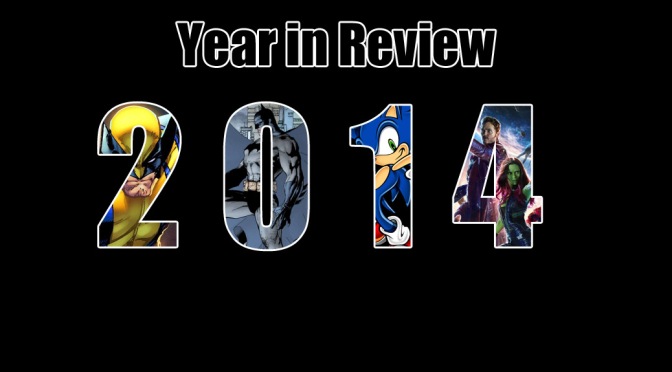 Outright Geekery’s series of posts highlighting the very best of the year that was 2014 continues with the comic books that pulled of a whole lot with very little. It’s easy to pull off epic stories in titles that span dozens of issues and years of building, but doing that in less than a dozen books takes some real talent, and the impact on the reader is as relatively great as the number of comic pages is relatively small. Here’s my top comic book limited series of 2014. END_OF_DOCUMENT_TOKEN_TO_BE_REPLACED

Every once and awhile a comic book comes out that is considered a “must-have”. Either it stars a character that hasn’t been seen in years, or tells a pivotal story that will change things forever, or maybe there’s an artist on the title that is doing “career-best” work. Yes, there are many things that make a comic book a “must-have” for any collector. Unfortunately, Wolverine: Origin II is NOT one of those books.

I sort of dug the first Wolverine: Origin quite a bit. Wolverine has had a ton of stories deemed “Origin” stories; everything from Claremont and Miller’s 1982 story Wolverine, to Barry Windsor-Smith’s actual must-have Weapon X, even Claremont and Lee on Madripoor Knights could be considered a Wolverine origin story of sorts. But the quintessential Wolvie origin story is the 2001-02 Jenkins and Kubert Origin. Well, Origin II, believe it or not, is NOT another origin story, rather a continuation of the story that began in Origin, and it’s great that that story is getting the attention it deserves with a sequel. There’s a ton of savage Wolverine in here; oddly enough more than in the Savage Wolverine title; and the story is told in a very unique way using no word balloons whatsoever, telling the tale through a moderator. The art was acceptable and even shined in a few splash pages. The real draw of this book, however, is the slick acetate cover. Maybe it’s a bit ’90’s cliche but this cover is simply beautiful.

Man, was there a lot of bad going on in this book. The art, while great in certain places, was nothing close to exceptional, and appeared to be rushed in just about every panel. There just wasn’t enough detail in the art, and there was no feeling behind the strokes. The story itself was nothing more than Wolverine running around the woods getting his wolf on, and was in no way interesting. I kept waiting for something, ANYTHING, to happen in this book and all I got was some sort of weird Rambo version of Disney’s Bambi. I understand which “version” of Wolverine we’re being given here, and I understand that he’s more beast than man during this period, but, if this era of Wolverine’s life is this damned boring why the hell would they build a story around it? The answer: They shouldn’t have! Maybe there’s some poetry going on, and these animals all have symbolic meaning, but painting that picture around Wolverine’s ever-present violent tendencies just fell completely flat. While the acetate cover was really cool, the reveal it offered left me eye-rolling at the overuse of a certain X-Men villain mainstay, and the assumed reveal in the ish 2 solicit about made my eyes roll right out of my skull. No, Marvel, no! I don’t want to read that story again!

Skip this title at all costs! Wolverine’s first Origin was just fine by itself, thank you very much, so go read that thing again if you desperately need some back-in-the-day Wolverine. Will this story get better? Well, it sure as hell can’t get any worse. But my big fear is that this book will stay exactly where it is as a mediocre follow-up to a pretty good Wolverine story. When Wolverine: Origin II issue 1 isn’t pompous and self-indulgent, it’s boring and nonsensical, with its hopes for the future being hung on characters that Marvel obviously assumes are tried and true, yet are nothing more than tired and overused.