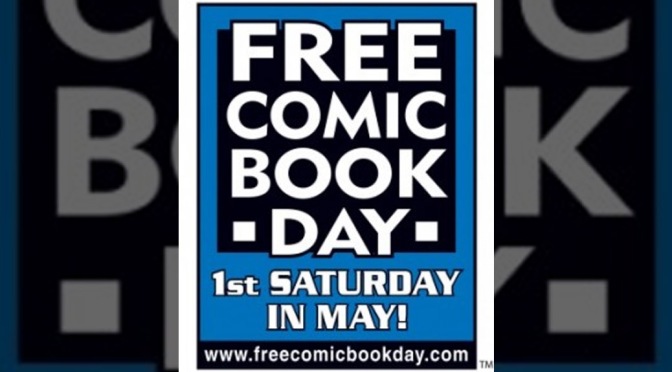 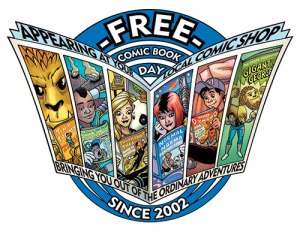 The 2015 Free Comic Book Day T-shirts are available for fans and retailers to show their support of FCBD!

Diamond Comic Distributors is excited to reveal the commemorative shirt for Free Comic Book Day 2015 has been designed by fan favorite comic book artist Amanda Conner. The T-Shirt will be available for pre-order from comic book shops starting in January and is featured in the January issue of Diamond’s PREVIEWS catalog.  END_OF_DOCUMENT_TOKEN_TO_BE_REPLACED

The biggest event in the comic book industry, Free Comic Book Day (FCBD), is taking place on Saturday May 2nd, at participating comic book specialty shops across the U.S., Canada, and worldwide! 2015

marks the fourteenth FCBD celebration and is expected to be bigger and better due to an increase in fan and retailer participation, allowing new and devoted comic book and pop-culture fans the chance to discover new comics for free while also exploring what other treasures their local comic shop has to offer. END_OF_DOCUMENT_TOKEN_TO_BE_REPLACED

What’s up, Geeks? Gaumer here with some news that you are going to love! Free Comic Book Day is less than a month away; on May 3rd, 2014; and we’ve got some big plans in the works that you are not going to want to miss out on. We’re still hammering out the details, but I’m so excited about what we have in store that I had to tease it. We’ll have more info for you in the next week or so, but this post is just a small clue into what we have in store. You’re definitely going to want to keep the day free.

Check back soon for more!