Gillen and McKelvie continue to shine month after month in this breathtaking modern mythological murder mystery. If you still haven’t checked it out, correct that. 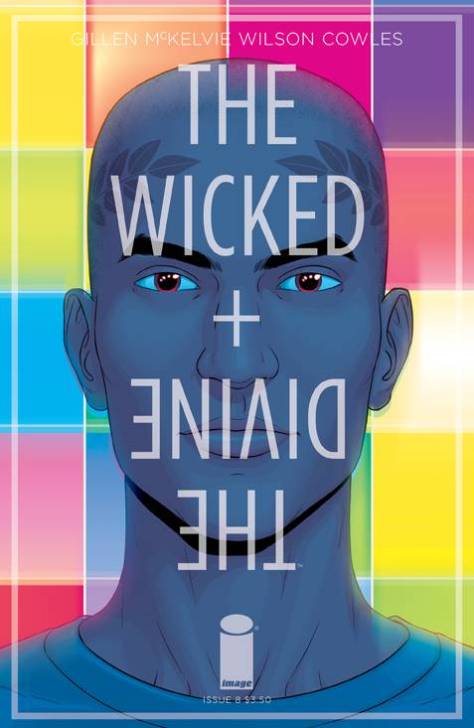 WICKED & DIVINE #8
Publisher: IMAGE COMICS
(Writer) Kieron Gillen (Artist/Cover) Jamie McKelvie
Now the eleventh god is here, it’s time to party. You’re invited. Everyone’s invited. We can sleep when we’re dead-but when you’ll be dead within two years, you may as well turn up in your pyjamas. After seven issues of egomaniacs, it’s time for an issue where the crowd is the star.
Item Code: DEC140772
In Shops: 2/25/2015
SRP: $3.50

After Snyder and company threw the comic book community into a collective nerd rage last issue with the new Joker origin, I’ve been anxiously waiting for this issue. Is this really the Joker’s new status quo or is he pulling yet another elaborate prank on Bats and the readers. Either way, I’m really enjoying this well written story and cannot wait to see what Snyder has up his sleeve. 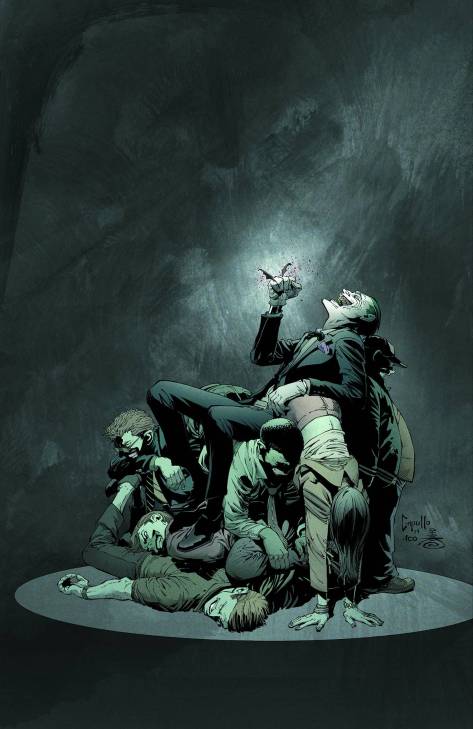 It seems like only a couple of weeks ago that we saw Darth Vader #1 release in epic fashion (because it was) and Marvel’s already throwing ish #2 at us. It may seem like shameless market saturation, but I don’t care in the least. I want more Vader! It will be on the top of my stack this week. 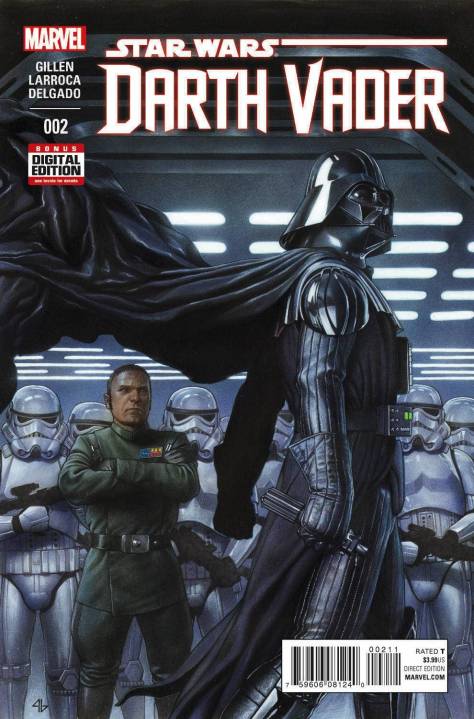 DARTH VADER #2
Publisher: MARVEL COMICS
(Writer) Kieron Gillen (Artist) Salvador Larroca (Cover) Adi Granov
The original Dark Lord of the Sith stars in his first ongoing series!
Ever since Darth Vader made his first on-screen appearance, he became the one of the most popular villains to ever haunt an audience’s dreams! Now, follow Vader straight from the ending of A NEW HOPE (and the pages of the new STAR WARS comic book) into his own series, showing the Empire’s war with the Rebel Alliance from the other side! Writer Kieron Gillen (Uncanny X-Men, Journey Into Mystery, Iron Man) and artist Salvador Larroca (Invincible Iron Man, X-Men: No More Humans) bring us a peek behind the mask of evil!
Item Code: DEC140803
In Shops: 2/25/2015
SRP: $3.99

Picking up where the Spider-Verse event leaves off, it’s the first issue of Spider-Gwen! By popular demand, the creative team behind Spider-Gwen’s origin, Jason Latour and Robbie Rodriguez bring you her continuing adventures. Who and what awaits Gwen Stacy upon her return from the events of Spider-Verse? I’m eagerly awaiting Wednesday so I can find out.

I’m not sure what to make of Effigy so far. I picked up the first issue out of curiosity, but now I want to see where the story is going with the second issue. Things are getting weird for new cop ( and former child star ) Chondra Jackson, as she teams with Investigator Grant Moore to uncover the connection between a centuries-old corpse and her childhood acting career. Effigy has the potential to be a great tale of high strangest mystery. 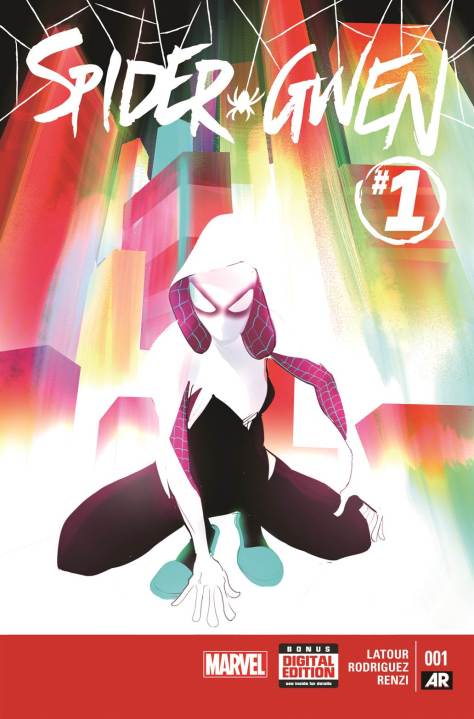 SPIDER-GWEN #1
Publisher: MARVEL COMICS
(Writer) Jason Latour (Artist/Cover) Javier Rodriguez
SPIDER-GWEN SPINS INTO HER OWN SERIES!
•  BECAUSE YOU DEMANDED IT! The breakout hit of the biggest Spider-Event of the century is taking comic shops by storm this winter with her own new ongoing series – SPIDER-GWEN!
•  Gwen Stacy is Spider-Woman, but you knew that already. What you DON’T know is what friends and foes are waiting for her in the aftermath of Spider-Verse!
•  From the fan-favorite creative team that brought you Spider-Gwen’s origin story in EDGE OF SPIDER-VERSE, Jason Latour and Robbie Rodriguez!
Rated T+
Item Code: DEC140832
In Shops: 2/25/2015
SRP: $3.99 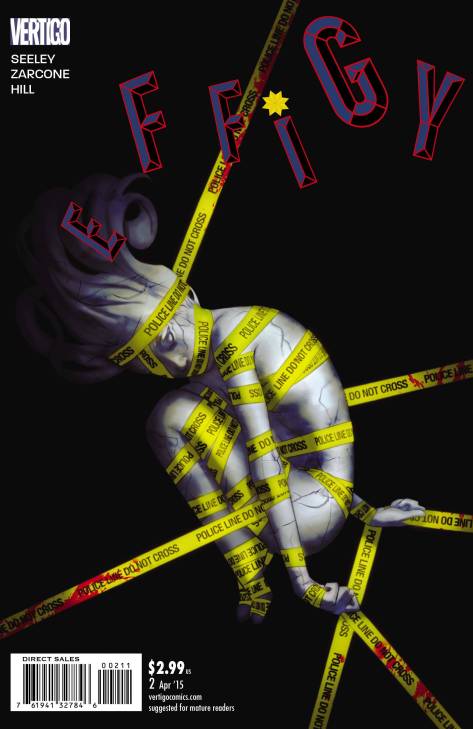 EFFIGY #2
Publisher: DC COMICS
(Writer) Tim Seeley (Artist) Marley Zarcone (Cover) W. Scott Forbes
Homicide Detective Grant Moore teams with neophyte police officer/resident TV kid cop “expert” Chondra Jackson to piece together the clues left when a strange body is unearthed in Effigy Mound, Ohio. What’s even stranger than an eons-old corpse with a bullet hole in the head is the contents of its body. And when the pair meets a witness, they discover a twisted tie to Chondra’s pre-Hollywood fame. Meanwhile, there’s something odd brewing at The Influence Center bookstore. What is its disturbing connection to the mysterious corpse?
Item Code: DEC140410
In Shops: 2/25/2015
SRP: $2.99