Riding the success of her outstanding work on Ms Marvel, writer G. Willow Wilson begins her stint as the writer of X-Men! Storm and company seem like a good fit for Wilson, and I’m anxious to see her career to continue to branch out. 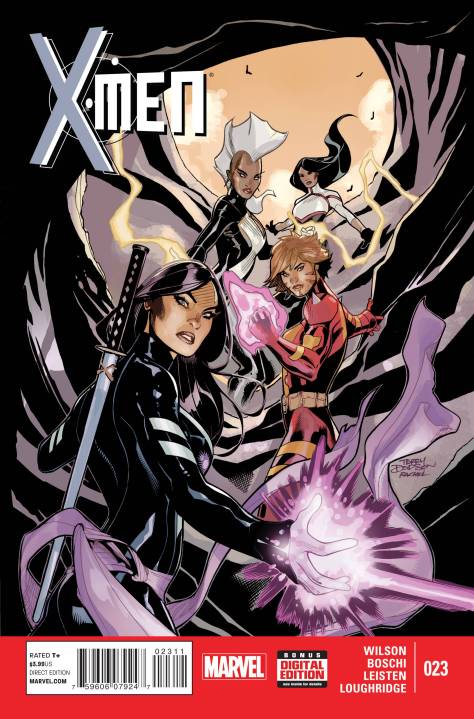 Goners artist Jorge Corona brings us his very own series, Feathers. It’s the story of a mysterious boy covered in feathers named Poe. Poe befriends Bianca, a girl lost in the city, and offers to help get her home. The artwork has a very a Mike Mignola-type feel to it. The comic looks like it’s set in a Victorian era world, just hope it doesn’t turn out to be something steampunk.

WHY WE LOVE IT: In the footsteps of Archaia titles Rust, Iron, Will o’ the Wisp, and The Reason for Dragons, debut writerartist Jorge Corona brings a brandn-ew voice to the comics industry with Feathers. With our passion for working with fresh talent, we could not be happier to introduce his work to a wider audience.WHY YOU’LL LOVE IT: There’s never been a better time for fantastic, all-ages comics that embrace both the darkness and beauty in life. Fans of Avatar: Legend of Korra, Mike Mignola, and Amulet will fall in love with Poe, the boy covered in feathers.WHAT IT’S ABOUT: A recluse boy born covered in feathers must help his firstever friend, a young girl named Bianca, as she tries to return to her home beyond the slums of the Maze. They must dodge street gangs and childsnatchers along the way, and perhaps together will learn the secrets to his mysterious past.
Item Code: NOV141106
In Shops: 1/7/2015
SRP: $3.99

This series really took me by surprise. After picking up Ghost Fleet #1 due to my childhood fascination with big rig trucking (thanks, Rubber Duck) I was a bit put off when the series became more of a revenge thriller than a revisit to that 1978 film Convoy, but it’s a really good revenge thriller! Hopefully, though, we get back to the suped-up semi-truck and some action-packed highway hijinks. Either way, I’ll be reading Ghost Fleet #3 first thing come Wednesday.

GHOST FLEET #3
Publisher: DARK HORSE COMICS
(WRITER) Donny Cates (ARTIST) Dan Johnson, Lauren Affe (COVER) Dan Johnson
For the first time in its history, the Ghost Fleet has lost a shipment . . . in an explosive hijacking! But can Trace, blinded by vengeance, even comprehend the payload he’s hauling? Can Director Ward do anything to stop his former friend? Their fates will be sealed on a lonely roadside . . .
Item Code: NOV140065
In Shops: 1/7/2015
SRP: $3.99

Even though Original Sin failed me with its execution, I’m not going to lie that I found the central idea behind it intriguing. The annual which focused on the original Man on the Wall was particularly good, so I am at least interested in what this mini series has to offer. Plus its nice to see comic universe Peggy get some attention since she has a new show on TV. 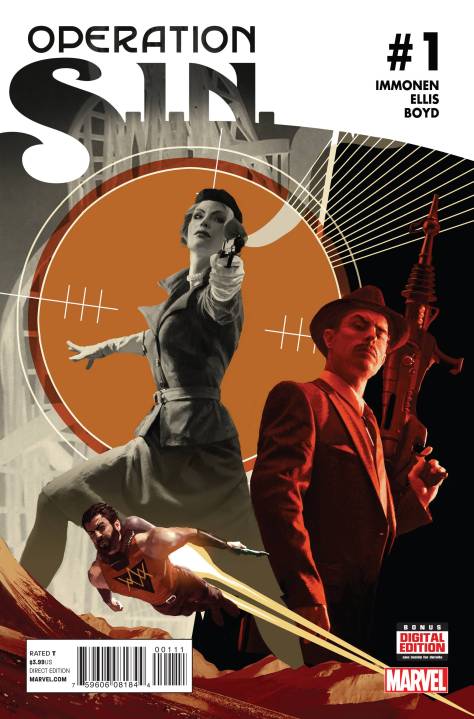 OPERATION S.I.N. #1 of 5
Publisher: MARVEL COMICS
(WRITER) Kathryn Immonen (ARTIST) Rich Ellis (COVER) Michael Komarck
• Tying into the explosive events of ORIGINAL SIN, see an untold story from the origins of the Marvel Universe!
•  After an alien energy source is discovered in Russia in the early 1950’s, it’s up to Peggy Carter and Howard Stark to find out what happened.
•  But a newly-risen terrorist group going by the name Hydra also happens to be on the hunt for their own nefarious purposes!
•  It’s only when a mysterious operative going by the name of Woodrow McCord enters the picture to aid Peggy and Howard that they realize just how far some people are willing to go to keep the Earth safe!
•  Megawatt writer Kathryn Immonen (JOURNEY INTO MYSTERY) is joined by rising star artist Rich Ellis (SUPERIOR FOES OF SPIDER-MAN) to tell an all-new tale featuring AGENT CARTER!
Rated T
Item Code: NOV140774
In Shops: 1/7/2015
SRP: $3.99

Now, I’m a strange one when I say I’m beyond excited about this comic. Since I was a kid Ant-Man has always been my favorite superhero. Pym, Lang, and O’Grady. I’ve felt for a moment like now was the time to give him his own title again. Coming off the best series no one cared about, Superior Foes of Spider-Man, Nick Spencer is the perfect for taking the reigns on a character like Spencer always seems be treated with respect and caution, because who knows what you’re gonna get from either?! Well I think a good read is coming out of this one! 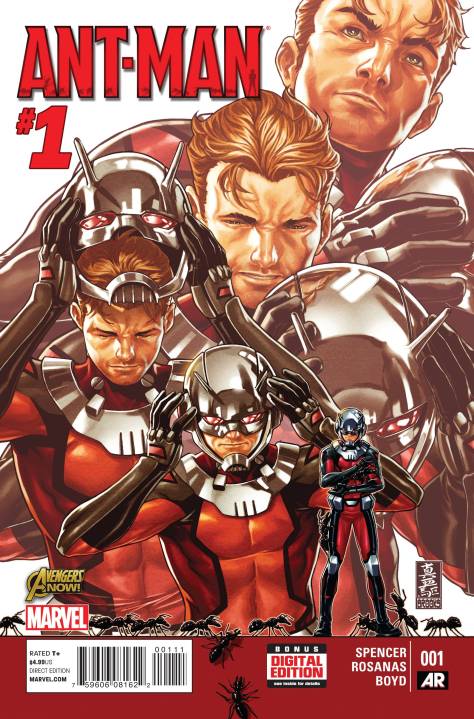 Ant-Man #1
Publisher: MARVEL COMICS
(WRITER) Nick Spencer (ARTIST) Ramon Rosanas (COVER) Mark Brooks
• Scott Lang has never exactly been the world’s best super hero. Heck, most people don’t even think he’s been the best ANT-MAN — and the last guy invented Ultron and joined the Masters of Evil, so that’s saying something.
•  But when the SUPERIOR IRON MAN calls with a once-in-a-lifetime opportunity, Scott’s going to get a chance to turn it all around and be the hero he’s always dreamed of being.
•  Sure he’s been to prison! Sure he’s been through a messy divorce! Sure he’s been, um… dead. But this time is different! This time nothing is gonna stop the astonishing ANT-MAN!
Rated T+
Item Code: NOV140725
In Shops: 1/7/2015
SRP: $4.99