Hey, guys! With so many weekly books coming out of DC (and soon to be Marvel too) We at Outright Geekery have decided the best way to cover them would be in one article where I give you the lowdown of what’s going on. So here we go.

This issue isn’t quite as exciting as the last issue of Future’s End was, but this was still one of the best issues of the series. Its really quite amazing how much the quality of this series keeps getting better as it gets closer to the end. Just imagine how great this series could have been if it was this exciting the entire time. Things do still drag slightly in this issue at places, but I chalk that up to the story having way too many characters and subplots. Once some of these plots are resolved, then the book can finally concentrate on the main story and things will be great.

With that lengthy recap of the past two years of Earth 2 finally over, you can actually get a feel of where this series is going to go. For the most part, I like the direction too. The Furies of Apokolips have invaded and its up to the new heroes of Earth to stop them. There is also a little subplot here about Mister Miracle, Mister Terrific, and Sloan facing off against Bedlam. Overall, this is pretty exciting stuff even though I’m not really emotionally invested in any of it. Still, this is a much better start to a weekly series than Future’s End had. My main problem with the book is the multiple creative teams. They should stick with one team per issue instead of just switching teams in the middle of the issue. 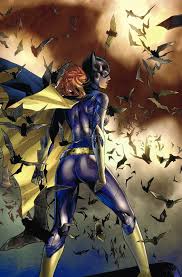 This issue of Batman Eternal is basically just the writers cleaning house with the majority of the books subplots, but it is still a pretty good read. Red Hood, Batgirl, Catwoman, and Killer Croc all have some major turning points in this issue (just like the cover said!) that set them up for their future story lines in the book. Catwoman especially has a big change of heart in this issue that will finally put her on the path of becoming the kingpin of Gotham that we saw all the way back in Batman #28. It was nice to see a weekly book wrap up some story lines, but that said I still would have enjoyed it if they concentrated on the Hush story instead.