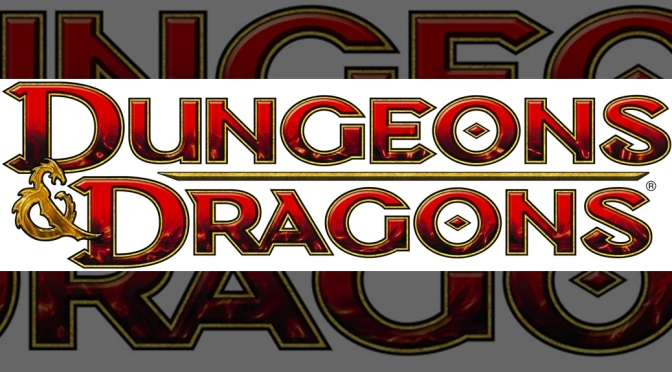 Get out your dice and grab your character sheet, cause there’s a new version of D&D in town! As THE definitive table-top RPG, it’s always a pretty big deal when Wizards of the Coast releases a new update to Dungeons & Dragons, with adjustments to the mechanics, classes, and monsters that are poured over by players across the globe. And such a time of change is upon us once again with the release of 5th Edition. For the past few weeks, some of us at Outright Geekery have been playing through the Starter Set campaign, and are now transitioning into the full game. So now that we’ve gotten a decent sampling of the new rules, how do we feel about it? We’ll answer that with a two-part series, starting today with the changes to the gameplay.

The first thing you’ll notice when you start rolling the dice with this new version is a fairly significant overhaul of the mechanics which has streamlined several important areas such as Skills, combat, and Saves. Class Skill Bonuses, Base Attack Bonus, and Class Saves, for instance, have all been combined into a single Proficiency Bonus, meaning that all of these areas will scale up at the same rate. I mention this first because it is, I think,  a good illustration of a broader theme that defines the new 5th Edition experience: the effort to curtail power-gaming and number-crunching.

In the past, the D&D experience has been one with a wealth of branching Feat trees to choose from, Skill Ranks to allocate, and class features to select. In this new iteration, though, these elements have been reduced drastically; you do not assign Skill Ranks as you level up, and there are no elaborate Feat trees to fill out, while class features are determined mostly during character creation and not tweaked much at any point thereafter.

Now, at this point, there might very well be some concern that the game has been “dumbed down.” And while it is true that certain elements have been substantially simplified, I feel that there is an understandable reason for it: they wish to shift the focus away from min-maxing and towards role-playing. Under this new set of rules, there is far less emphasis on how you manage your stats and more on how you play the game.

“How,” you ask? With 5th Edition’s most important addition: Advantage. In combat, whenever you put your character into a good situation, whether it be from strategic positioning, attacking from a hidden position, or any number of other smart choices, you attack with Advantage, which allows you to make two attack roles and keep the better result. Advantage also plays an important role outside of combat, as it also applies to Skill checks when you use the proper tools or with assistance.

By that same token, though, if you try to take an action in a bad situation, you will roll with Disadvantage, which forces you to roll twice and take the worse result. If, for example, you try to attack an opponent who is under cover, you attack with Disadvantage. Or, if you try to convince an NPC that you had nothing to do with the death of that cleric even though you’re standing over the body with a bloody knife, your Persuasion check will have Disadvantage.

One final new feature to keep in mind is inclusion of Inspiration Points, which can be used to yourself Advantage on any roll, no matter the situation. Inspiration Points are awarded entirely at the discretion of the DM, and can be handed out for anything from behaving in character, coming up with a bold or ingenious solution to a problem, or achieving a major milestone in the campaign.

With these new mechanics in place, a subtle but important change has occurred to make role-playing and decision-making more important than leveling up. Playing in-character now has a far more direct impact on gameplay, as players should be eager to earn Inspiration Points. And more broadly speaking, players now must do what they can to seek out the precious Advantage. Certainly it has always been in the player’s best interests to act wisely no matter what edition you’re playing, but in previous iterations where number-crunching reigned supreme, the most important determining factors occurred before a given situation began. Allocation of Skill Ranks, for example, goes a lot further towards a successful bluff than does concocting a clever or believable story. Likewise, if a Fighter has sunk a lot of Feats into effectively wielding a tower shield in combat, they might understandably be inclined to use it extensively, no matter the situation.

Under the new rules, though, these elements are no longer the be-all, end-all of character growth. You can’t give yourself unbeatable Stealth with Skill Ranks because there are no Skill Ranks; you’ll just have to work to put yourself in an advantageous situation and remember that your Proficiency Bonus will go up in time.

That, then, is 5th Editions new gameplay mechanics in nutshell: your character will advance more slowly, and there will be less you can control in their advancement, but there will be more incentive to think on your feet and immerse yourself in your character.

Any new edition, of course, has its fair share of problems. Perhaps the largest one I can see is the heightened pressure on the DM to arbitrate situations; D&D being what it is, arguments over what should and shouldn’t give you Advantage and Inspiration Points will likely many a spat in many a campaign. And as hard as this may be to believe at this point, I actually do personally enjoy power-gaming to some extent, in that there’s a degree of satisfaction to be had in picking just the right Magus Arcana to compliment my Elf Magus’ Spell Combat Class Feature.

But at the end of the day, I can understand what Wizards of the Coast is trying to do with the simplification of their system, and the results should allow for fun games, accessible campaigns, and a more engaging role-playing experience. In any event, 5th Edition’s mechanics are certain to feel different, and really isn’t that the whole point of releasing an update in the first place?

That’s it for today, but we’ll be back soon for Part 2, where we’ll take a look at the new Player Classes. See you then!