There were a ton of rides of all shapes and sizes in a Galaxy Far, Far Away; way too many for a single Lot. Making the trivial crucial, we break the minutia into more minute chunks of awesome! Easier to chew; better for the digestion. And since going Solo was a recurring theme throughout Star Wars, without further ado, it’s Outright Geekery’s Top o’ Lot: Star War Vehicles (One-Seaters).

The Lot just wouldn’t be complete without the addition of at least one of the Empire’s TIE family of starships, and I couldn’t decide. Whether it was the infamous TIE Fighter and Vader’s Advanced X1 design shooting Rebel scum out of the space over way too many 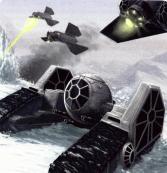 planets, or the TIE Bomber shaking asteroids turned makeshift Rebel hideouts, the Top just wouldn’t be the Top without having the TIE make an appearance in the Lot. Although the Shuttle conversion to the Bomber class TIE ship would have otherwise excluded the TIE family of vehicles from this Top o’ the Lot, nostalgia demands they make an appearance. There’s a tank too! 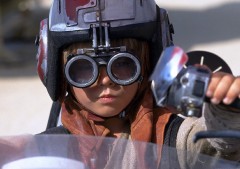 Podracers are kind of like the soapbox racecars kids build and roll down hills…if soapbox racecars were powered by twin F-22 Fighter engines! Jabba the Hutt may have been bored by them, along with a lot of the viewing audience, but the Podracing scene was one of the highlights of an otherwise shabby offering

in the film series, and Anakin’s podracer was the focus of the entire race. You couldn’t help but root for the little rugrat despite knowing exactly what a Force-choking meanie he would eventually become. Critical appeal may not have been enough to get it on the Lot, but the great Nintendo 64 game featuring little Annie’s Podracer redirects the power flow just in time, and avoids some Tuskan Raider fire, to get on the Top. 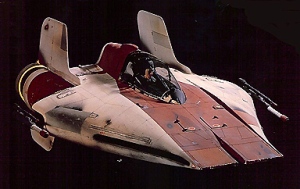 The A-Wing was the fastest class ship in the entire Rebel fleet. It was more than a match for the Empire’s TIE fighter squadrons, and even gave the advanced TIE Interceptor a run for its money. Most famously remembered for pilot Arvel Crynyd’s kamikaze attack aimed at the bridge of the massive Star Dreadnought Executor, the concentrated fire of a group of A-Wing’s sent the Dreadnought epically crashing into the Death Star. There may be some better choices than the A-Wing for the Lot, but it’s slanted and biased for a reason, and I dig the hell out of this ship. 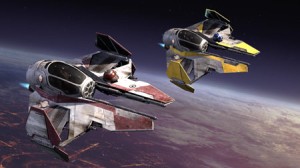 I bet it handles like a dream! This sporty model from Kuat Systems Engineering makes-up for its lack of leg room with streamlined style, never before seen maneuverability and speed that can outrun even the most determined Bounty Hunter, even with seismic charges. With optional hyperspace transport ring accessories available for a slight extra cost, the Jedi Starfighter is THE go-to ship for any Jedi looking to shoot their way onto a cruiser or just for a quick jump across the galaxy to see what the Separatists are up to. If the opening scene of Episode III doesn’t make you immediately fall in love with the Jedi Starfighter you need a higher resolution screen to watch it again. The similarities to future Empirical starships gave it that hint of nostalgia that sends the Jedi Starfighter dodging asteroids on its way to the Top o’ the Lot. 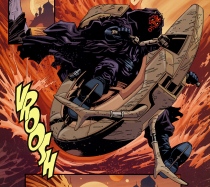 It was only seen for a few brief moments onscreen, but it didn’t matter! Darth Maul’s speeder bike was the closest thing to a Harley-Davidson in Star Wars universe, and helped to cement just how badass this Sith really was. Of course, putting any character on a fat hog immediately makes them cooler, and Maul kind of felt like Leonard Smalls from Raising Arizona with an intergalactic feel. It fits; look it up. The FC-20 had a unique impact all its own, surprising Jedi’s with a twisting front flip into the next to the Top Spot o’ the Lot.

The T-65 is one of the most recognizable ships in all of popular culture, and is the ride of choice of those fly-by-the-seats-of-their-pants’ers in Rogue Squadron. The perfect balance of maneuverability, weapons and shielding made it the go-to ship for taking down pesky Empirical TIE Fighters or even a Death Star or two. They even came with advanced on-board weapon’s guidance computers, but who needs a fancy computer when you got some dead old guy in your ear telling you what to do? There’s really just no other choice besides the X-Wing for the Top o’ the Lot o’ Star Wars one-seaters. And, sorry, Droids don’t count. 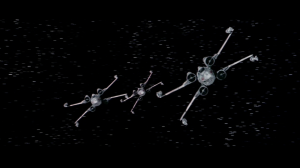